Over the years, newborn screening became known as one of the most important, successful interventions of public health, credited with sparing tens of thousands of children worldwide from developmental disabilities or early death.

But it may never have happened if: 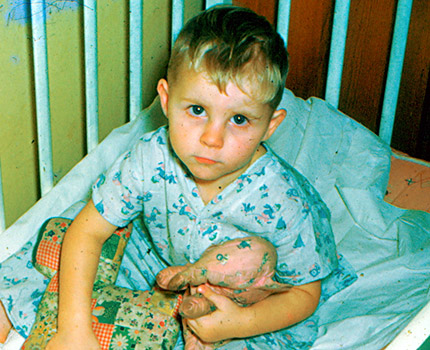 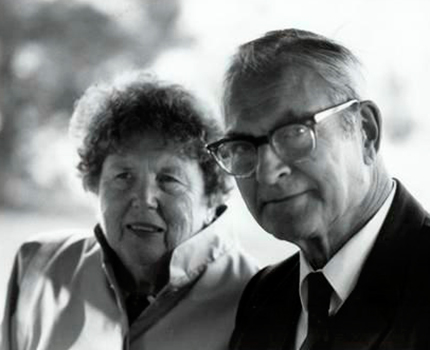 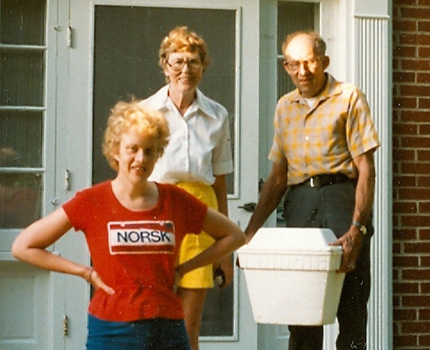 The Guthrie Test was initially developed in 1960 to screen for a single disorder, phenylketonuria, abbreviated PKU, which resulted in mental retardation. Using a new blood specimen collection and transport system called dried blood spots, babies could be more easily screened for the 1 in 10,000 chance that they had the metabolic PKU disorder that showed no symptoms until irreversible brain damage had already occurred. Developed in the Buffalo, N.Y. lab of Dr. Robert Guthrie, the PKU test became a state-mandated test for newborns in the United States and slowly spread around the globe. Soon, more disorders that could be treated with early dietary intervention or medicine were added. Over the years, more screening methods were developed using the dried blood spot procedure, and in the 1990s, the newborn screening process significantly expanded to include the ability to screen for dozens of metabolic disorders at the same time from a single blood spot using computerized technology called tandem mass spectrometry, or MS/MS.

Detectable disorders from dried blood spots now include metabolic disorders, hematologic disorders (such as sickle cell disease), endocrinopathies (such as congenital hypothyroidism), pulmonary conditions (such as cystic fibrosis), immune disorders (severe combined immune deficiency “SCID” also called bubble boy disease), and lysosomal storage disorders (such as Krabbe disease). These disorders account for more than 6,400 new cases of potentially fatal or debilitating diseases every year in the United States, according to a 2008 Centers for Disease Control and Prevention MMWR report. That number continues to rise as more conditions are added to screening panels after a thorough review of risks and benefits, consequences and available treatment. While generally viewed as beneficial, newborn screening’s history includes many controversial chapters. These include its original mandate, which was opposed by the American Medical Association, and its non-standardization among 50 states, dubbed newborn screening roulette by parents whose children suffered or died from being born in a state offering limited screening.

In 2006, a consensus was reached by federal, state and non-profit organizations to recommend screening for 29 core conditions and 25 secondary targets as a national model for state screening panels.The Recommended Uniform Screening Panel (RUSP) has since been increased to 32 core conditions and 26 secondary targets after thorough reviews of risks and benefits, public health impact, consequences and available treatment. The RUSP was initially reviewed and accepted by the Secretary of Health and Human Services Advisory Committee on Heritable Disorders in Newborns and Children. Its final approval and subsequent modification rests with the Secretary of Health and Human Services. While not binding to state newborn screening programs, the RUSP serves as a national guide intended to encourage national screening panel harmonization. Changes in the RUSP are sure to occur as more and more genetic diseases are unraveled and conquered. Baby’s First Test, an excellent federally-funded website devoted to newborn screening information, issues and news in every state, was launched in 2015 to help families and health professionals understand the evolving field of genetic disorders, screening and treatment.

Although the technology has changed, the same dried-blood spot collection system developed by Guthrie’s laboratory team (sometimes called the “Guthrie Card”) is still used in hospitals and birthing facilities throughout the country. Within the first days of life, the newborn receives a tiny heel prick, then several drops of blood are absorbed onto a special collection paper and sent to a specialized newborn screening laboratory for testing.

A Guthrie gets the Guthrie Test 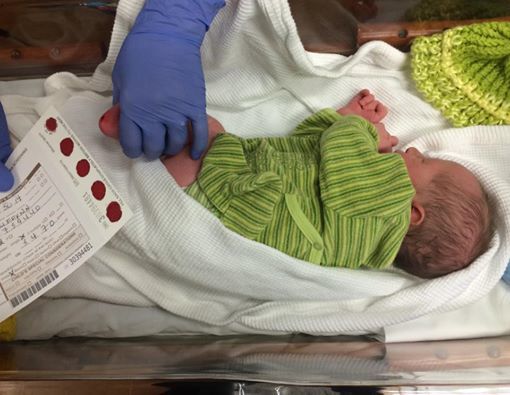 Of course, the origins of newborn screening have been well documented, particularly by Jean Koch, who wrote and published the book, Robert Guthrie — the PKU Story: A Crusade Against Mental Retardation (Hope Publishing House, 1997.) Jean and her late husband, Dr. Richard Koch, were good friends of my father and hosted him many times at their California home. Dr. Koch treated many PKU patients for decades and led efforts to collect data on adult PKU patients that led to the Diet for Life movement that improved many people’s lives, and increased the chances that mothers with PKU give birth to healthy children. Dr. Koch is one of many researchers and physicians who were PKU pioneers, and one whom I intend to include on this website’s future PKU Pioneers section. Others I would like to feature, some whom worked closely with my father: Ada Susi, Dr. Robert Warner, Dr. Prof. Horst Bickel (Germany), Dr. Kenneth Pass, Dr. Hiroshi Naruse (Japan), Dr. Harvey Levy, Dr. Brad Therrell, Virginia Schuett, Dr. Edward McCabe, Dr. Arthur Veale (New Zealand), Dr. Henry Hannon, Dr. Paul Fernhoff, and many parent-advocates I have met over the years or have yet to meet. Of course, people living with PKU and the many other metabolic and genetic disorders, are the real stories, the real faces. They are the living legacy of Dr. Robert Guthrie. In the old days, photos of Dr. Bob and PKU patients appeared in my father’s many slide presentations at conferences around the world. The modern equivalent of his slide shows — known as the unfortunate name of blog — will be part of this website. It is called “To Our Children’s Children.”

To read more about the first PKU test, please see the Professional part of this website.

–Reviewed by Brad Therrell, Ph.D., Director of National Newborn Screening and Global Resource Center in Austin, Texas. Dr. Therrell served on the ACMGG committee that recommended a uniform screening panel and he is a past president of the International Society for Neonatal Screening.