“My son’s life had some kind of meaning. But when I looked up, I just saw this black hole. Anne Rugari

She buried her year-old son that day, sat on her front porch that night and stared at the sky. Looking up at the stars, I thought, I know that I am not the only person this has ever happened to. I know there must be other families out there. But the doctor had said I would never meet another family affected, that the word Krabbe disease would never cross my path again. My son’s life had some kind of meaning. But when I looked up, I just saw this black hole.

Anne Rugari recalled that lonely moment on the steps of her Cincinnati, Ohio home when we met at an Atlanta meeting on the campus of Emory University in September 2016. She was one of several parents, patients, researchers, public health professionals and others attending the annual Paul M. Fernhoff Memorial Lecture. 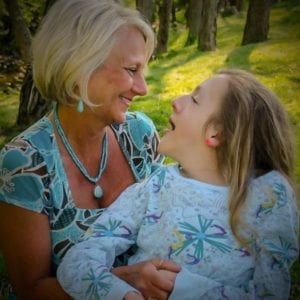 Krabbe disease is an inherited lysosomal disorder in the brain and nervous system that destroys the protective coating (myelin) of nerve cells. Krabbe disease affects about 1 in 100,000 people in the United States, and in most cases, the signs and symptoms of the disease begin gradually and progressively worsen.

It is caused by the shortage (deficiency) of an enzyme called galactosylceramidase. This enzyme deficiency impairs the growth and maintenance of myelin, the protective covering around certain nerve cells that ensures the rapid transmission of nerve impulses.

The symptoms of Krabbe disease usually begin before the age of 1 year (the infantile form). Initial signs and symptoms typically include irritability, muscle weakness, feeding difficulties, episodes of fever without any sign of infection, stiff posture, and slowed mental and physical development. As the disease progresses, muscles continue to weaken, affecting the infant’s ability to move, chew, swallow, and breathe. Affected infants also experience vision loss and seizures.

I’ve had 30 years experience with Krabbe disease, my son would have been 30 years old this year, Anne Rugari told me. He lived one year and three days. My daughter lived to be 15. She was the third newborn in the world to receive an (unrelated stem cell) transplant but it only lasted until she was about age 12. Then the disease just started progressing in the peripheral nervous system.”

Gina wasn’t able to walk independently and she used a communication device to talk. But Anne said her daughter was age-appropriate cognitively and she enjoyed lots of activities and taking short trips. 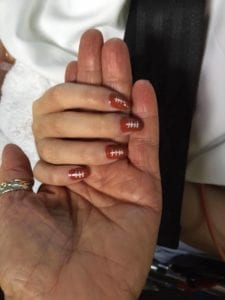 She loved school, she loved Girl Scouts, she loved to get her nails painted. I integrated her as a regular kid in school and she had a group of friends. She felt accepted.

After Gina died in 2015, Anne formed Partners for Krabbe Research, a non-profit foundation designed to create awareness and raise funds for research. The year 2016 marked the 100th anniversary of the recognition of the disease by the Danish neurologist Knud Haraldsen Krabbe (1885-1965) which is one reason it was spotlighted at the annual Emory lecture.

Dr. Paul Fernhoff, who died Sept. 19, 2011 at age 65, was a much loved genetics doctor and professor at Emory University and Atlanta Children?s Hospital. He specialized in treating young patients who’d been diagnosed through newborn screening with rare genetic disorders. He also headed the Emory Lysosomal and Perixosomal Storage Disease center and was instrumental in shaping Georgia’s newborn screening center, which now monitors infants for more than 50 genetic disorders.

I got to know Dr. Fernhoff as a health reporter for The Atlanta Journal-Constitution when I worked there from 1997 to 2007. When I first told him how and why I knew the topic of newborn screening so well — as the daughter of the man behind The Guthrie Card — he gave me a big hug.

Exuberant, passionate, caring. Generous with his time and explanations of complicated disorders, this is how I remember Dr. Fernhoff, who insisted I call him Paul. Also medical director of the Atlanta Jewish Gene Screen program, Paul helped encourage young Jewish individuals to have carrier screening testing for 19 serious genetic disorders that are more prevalent in the Ashkenazi Jewish population.

Part of the description written for the Paul M. Fernhoff Memorial Lecture Series:

“He was unfailingly kind, courteous and in good spirits. Paul was a true mensch, a role model for all in the way he lived both professionally and personally.”

The Fernhoff lecture series in 2016 and 2017 highlighted Krabbe disease. Last year, Dr. David A. Wenger spoke of the latest findings from laboratory research,“Krabbe Disease: 100 Years from the Bedside to the Bench and Back to the Bedside.” Dr. Maria L. Escolar spoke of “Reflections of 17 years and 150 patients” on Tuesday. Wenger is director of the Lysosomal Diseases Testing Laboratory, Department of Neurology at Thomas Jefferson University in Philadelphia. Escolar, formerly with Duke University, heads the Program for the Study of Neurodevelopment in Rare Disorders at University of Pittsburgh School of Medicine.

One of the first people I saw Monday evening gathered for this year’s Fernhoff pre-lecture Honorary Dinner was Anne Rugari. Dressed in a bright tropical dress with layers of turquoise jewelry and a deep tan from her new life in Florida, Anne gave me a big hug, saying she was glad we could meet again.

After last year’s lecture, I wanted to tell Anne’s story, as well as talk to other families affected by this merciless genetic condition. ?I also wanted to fully explain the disorder, progress toward a cure and the challenges facing researchers.

I started writing, but as the saying goes, Life Happened. Family illness, a new full-time reporting job, moving, and then moving again when a landlord turned whack-o, etc. etc.

When I started to tell Anne the reasons for my stalled writing, she kindly said, “No explanations are needed. No need to apologize.”

So I’m taking her advice. And hoping my efforts at finishing this long-delayed deadline will inspire me to write further on the information shared at the Fernhoff gathering as well as motivate me to pursue other topics as intended when I launched this website and blog last summer. My thanks to those I know at Emory University and the CDC for inviting me again and for the lecture sponsorship provided by The Legacy of Angels Foundation and The Evanosky Foundation.