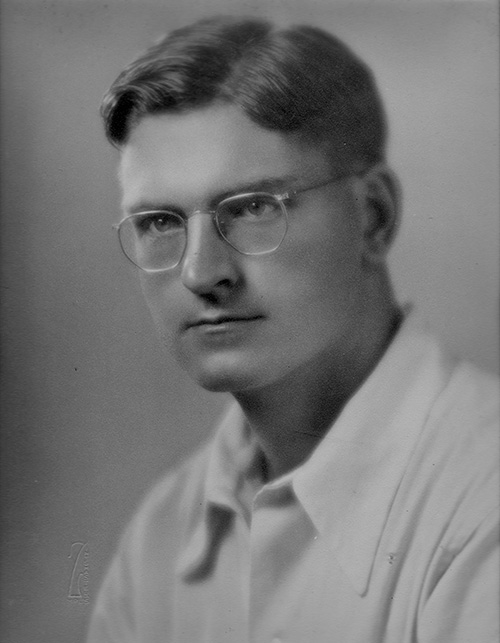 But I’m not sure we could deal with you in this day and age of the Internet, social media, 24/7 communications and the ubiquitous telephone/camera/computer gadgets that no doubt would capture your attention beyond all reason. An example of this new world is today’s virtual Robert Guthrie Memorial Dinner. A few years back, ESPKU (European Society for Phenylketonuria and Allied Disorders Treated as Phenylketonuria) picked June 28 as International PKU Day. That’s because both you and your German friend and colleague, Prof. Dr. Horst Bickel, have the same birthday, June 28!

Tonight, families from around the world may post photos and videos thanking you for changing their lives, for changing the course of living with PKU and so many other genetic disorders, the ultimate legacy of the Guthrie Test and dried blood spot detection.

Tonight, your children will gather in your honor and eat your favorite food — plain baked potatoes, cornbread, fake eggs, and of course, peanut butter and tomato sandwiches on wheat (dark) bread — the other famous Dr. Robert Guthrie invention. Tom, Anne, Barbara and I will gather. But your youngest son, James, won’t be able to join us in person but maybe by Skype, something else I’m glad didn’t exist when you were around. Jim has just been named acting dean of the School of Business at the University of Kansas (where you had a short-lived academic appointment.) Johnny will also be missing since he unexpectedly died a few months before you. Since he was such an influence on the many contributions you and Mom made, we will remember him as well, perhaps with a visit from the cardboard record salesman, the 6-foot banana and a Diet Coke.

Us kids here in Seattle, Washington will toast you and Mom with sweet white wine (but probably not from western New York’s Niagara Falls region.)

And perhaps with a Scotch tasting and a Rusty Nail, the rather strong Scottish concoction you taught me to make.

Websites are the new encyclopedia, Dad, so I’m putting this one together for you. In the future, this blog will focus on the people and issues of PKU and newborn screening. Here, I hope to carry on your tradition of caring about our children’s children. May I do you proud, as you have done your loving family.

Patricia Guthrie is the daughter of the late Dr. Robert Guthrie, the American scientist who developed newborn screening in the early 1960s. She is also an independent journalist, specializing in health reporting. Winner of many national media awards, she’s been a Harvard Nieman fellow and received her master’s degree as a Kiplinger Fellow at The Ohio State University.