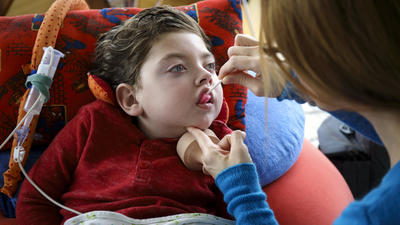 Newborn Screening in the News 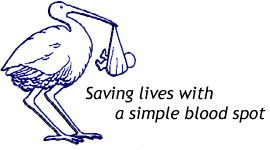 An excellent special report by the Chicago Tribune was recently published online. It details how five babies in Illinois born with Krabbe disease suffered from being undiagnosed and untreated despite the state mandating in 2007 that the genetic disease be added to its newborn screening panel. Slow-moving bureaucracy and a “byzantine procurement process” are blamed; Gov. Bruce Rauner appears ready to intervene. The article quotes Dr. David Jinks, former chief of the Illinois Newborn Screening Lab, who was also a colleague of my father at the University of Buffalo in the 1980s.

By Patricia Callahan and Kim Geiger

Gov. Bruce Rauner on Tuesday said he was frustrated with how long the state is taking to begin screening Illinois newborns for a deadly disease and vowed to “get this testing done.”

He backed his Public Health Department’s handling of the matter, but neither the department nor Rauner could specify a date for when the testing will begin.

“Doomed by Delay,” a Chicago Tribune special report published online last week, showed how the department’s delays over 10 years robbed Illinois parents of a chance to save their children from Krabbe disease, a fatal neurological illness.

State legislators in 2007 mandated that all babies in the state be screened for Krabbe at birth. Babies with the disease, which is caused by a defective gene, appear healthy at birth but soon deteriorate as their nerves lose the ability to communicate with one another. Most die before their second birthday.

If the disease is caught during routine newborn screening, which Illinois babies undergo before leaving the hospital, doctors can intervene with a cord-blood stem cell transplant that can extend life and reduce suffering. To be effective, the transplants must be performed before symptoms appear, ideally within the first month of life.

The 2007 law initially set a goal for testing to begin by November 2010. But implementation has dragged on for years, beginning with a failed attempt by the department to use a cheaper but unproven alternative testing method. A Public Health spokeswoman recently acknowledged that the state is now on “Plan D.”

Since the law was passed, the Tribune found, at least five babies with Krabbe disease were born in Illinois, and their condition was not diagnosed until it was too late for a transplant to help them. Three have died.

On Tuesday, Rauner blamed the state’s byzantine procurement process for the delay in implementing Krabbe testing. The Tribune documented how bids from the Mayo Clinic, which has a lab willing to perform crucial secondary tests that the state lab cannot do, were twice rejected by Illinois procurement officials ? once because a number on the bid was in the wrong column and another time because Mayo didn’t register with the Illinois Secretary of State’s office.

“It takes forever to get administrative rules through. It’s a crazy system. You shouldn’t have to do that.”Dr. David C. Jinks, former chief, Illinois Newborn Screening Lab

For the Chicago Tribune series “Doomed by Delay”

For the complete follow-up story: