At the 2018 National PKU Alliance conference in Atlanta July 5-9, I’m meeting many people from the world over all striving to improve the lives of those affected by phenylketonuria — the disorder they know so well but is barely recognized outside the PKU circle of patients, families, clinicians, researchers and advocacy groups.

NPKUA nominated my father, Dr. Robert Guthrie, for a Pioneer Award and Executive Director Christine Brown asked a family member to accept the award at the conference’s Saturday night banquet. Dr. Barbara Burton received the PKU Hero Award for her longtime passionate care of patients with inborn errors of metabolism. She’s been director of the PKU clinic at the Ann & Robert Lurie Children’s Hospital in Chicago since 1999 and participated in many

Beginning Thursday evening at a wonderful reception at Atlanta Botanical Garden and through Friday and Saturday workshops and casual meetings in hallways, I heard stories from many people. I thought I’d share a few as the conference winds up:

Linda Cywin lives in Florida and comes from a family of four children, three whom have PKU. She’s in her mid 50s and doing her best to maintain a low-protein diet that she started late in life. She’s searching for more help for her older brothers, both undiagnosed and untreated for PKU. One is profoundly retarded, the other mildly retarded, she said.

“Walking through the vendors today, I thought, finally, someone is taking PKU seriously.”

“I think my biggest problem over the years is trying to explain PKU to healthcare professionals,” Cywin says. “I even had a doctor tell me once, ‘What makes you think you have PKU? Well, you don’t have PKU.'”

“So I told him ‘I want you to call my mother and tell her that three out of her four children don’t have PKU.'”

Jack Everitt, 31, from London, is pursuing an ambitious project that looks at the social and emotional relationships people have with food as a way of explaining PKU to the masses.

“This film is not for PKU society,” he says. “It’s for the rest of the world.”

His daily need to scrutinize what he eats, count grams of protein and check his phe levels made him realize just how central food is at every social gathering.

“I don’t have a huge emotional reaction to food,” Everitt said. “I see it as fuel. But for everyone else, it’s a cultural ritual. It’s not that they need to eat it but it’s always there.”

As his team pursues the project, updates are posted on the Facebook page, So What Can You Eat? 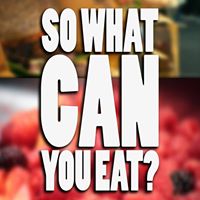 His trip to Atlanta was sponsored by Cambrooke Therapeutics, the Massachusetts medical nutrition company created by Lynn and David Paolella, parents of two children with PKU who decided in 2000 to pursue better-tasting low-protein food.

At lunch one day, I sat with the Raitz family from central Michigan. Jason and Tracie Raitz have five children, their three youngest have PKU; Zach, 14, Madison, 10, and Kai, 4. As Zach and Madison eagerly ate the dessert of low-protein ice cream, Jason, a pastor, explained he and his wife had always intended to adopt a child from another country.

Helping a child with PKU seemed logical. That’s how Kai came into their family from an orphanage in China. “He gets anxious when his mother leaves him,” Jason explained as Tracie left for her own trip to the ice cream bar. “He also keeps an eye on his brothers and sisters and wants to know where everyone is.”

Sparing more children around the world from the fate of untreated PKU is the goal of a new coalition, Global Association for PKU, or GAP.

“Globally, two-thirds of all babies born don’t receive newborn screening,” explained Tobias Hagedorn, chairman of the German PKU Association and secretary of the European Society for PKU and Allied Disorders.

Using the average incidence rate of PKU of 1 in 10,000 births and looking at number of births in countries without universal screening, it’s estimated 700 infants a month — or 9,000 every year — are born with the condition of PKU.

“That comes out to one unidentified PKU child born every hour,” Hagedorn explained. “That fate could be prevented by a simple blood spot on filter paper.

“To deny access to newborn screening is to deny human rights and human dignity,” he said. “PKU is the same everywhere but the strategies are different.”

There are regions of the world where the condition is not only undiagnosed and untreated but also it’s consequence of permanent brain damage is unknown by health and government officials.? A group of one dozen representatives from nine countries began discussing the discrepancy of access to universal newborn screening two years ago at another international gathering and decided to form the first international platform for PKU advocacy.

“Bridging the gap for PKU worldwide so all children are able to reach their full potential is the goal,” Hagedorn said.

He then asked others involved in the formidable task to stand up. And when they did, some sported blue baseball caps with the red letters of the new organization, which is also the name of a popular fashion retail store, G A P.